When I was a teenager in the mid 90’s, there was this awesome music video channel called “The Box”. Unlike MTV, this network charged viewer’s to select a video that they wanted to see. Well, one fateful day in 1995, someone had requested No Doubt’s debut video “Just A Girl” about 25 times in a row. I was completely transfixed on the television. While the song was amazing (and still gives me goosebumps to this day), there was something about that energetic blonde with the pinup perfect hair and unique sense of style that I just could not get enough of. From that moment on, I had become a die-hard “Gwenabee”! 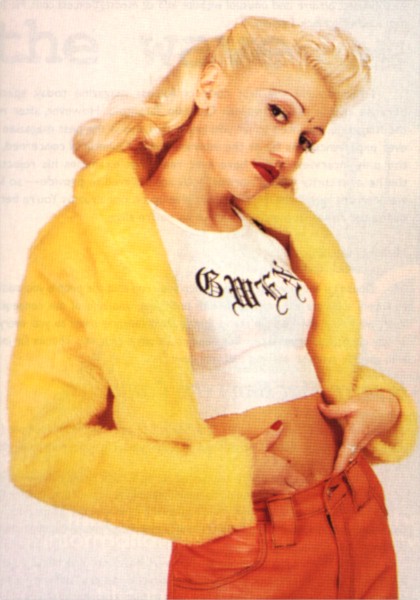 Gwen Stefani exploded in the mid 90’s as No Doubt quickly skyrocketed to fame thanks to their epic debut album “Tragic Kingdom”. Each video they made showcased Gwen’s vintage inspired style and she easily managed to influence an entire generation of girls though her fashions.

I STILL listen to this record on a regular basis! 🙂 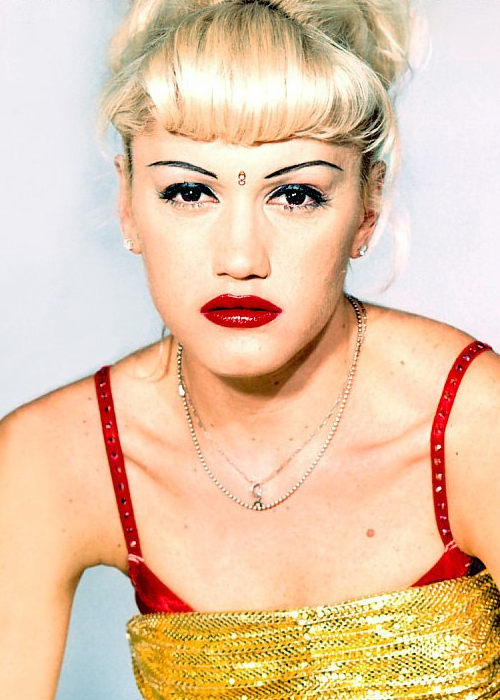 “Don’t Speak” was one of my favorite videos and it really showed Gwen’s vintage flare. Get the look with these key pieces!

Always the trendsetter, Gwen was rocking nameplate necklaces long before anyone had ever heard the name Carrie Bradshaw (as seen above and in the video)!

Get your own here!

These two were classic 90’s staples (The poor gals answer for Chanel’s Vamp, lol!) The perfect way to top off your “Don’t Speak” look 😉

During the new millennium, Gwen has continued to influence the fashion world and she eventually took it by storm releasing her own clothing line L.A.M.B. She has since gone on to market fragrances, shoes, handbags and the Harajuku Lovers line all in addition to embarking on a highly successful solo career!

I absolutely love this video. She looks gorgeous as a brunette. She reminded me of Natalie wood!

The epitome of glamour!

In her favorite designer, Vivienne Westwood

Here she is on her wedding day with her most gorgeous accessory, Gavin Rossdale ;)! Her custom made ombre John Galliano gown is one of the most coveted styles out there thanks to her. 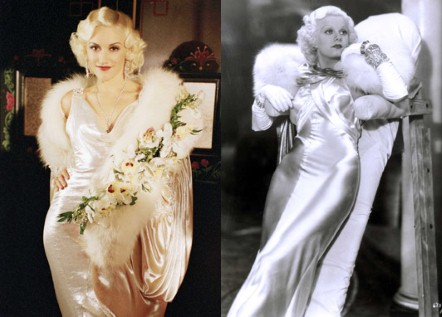 Gwen getting in touch with her inner blonde bombshell as she channels screen siren Jean Harlow in 2004’s Howard Hughes Bio Pic “The Aviator”!

The happy, fashionable family! Mama Gwen and her two adorable sons Kingston and Zuma with Papa Gavin at Disneyland.

Somehow, Gwen has truly managed to do it all and she did it all with style and grace. I cannot wait for the world premiere of No Doubt’s new video, “Settle Down” tonight at 8pm Eastern on E!

Gwen, you are a Fashionista Fatale, keep on doing what you do 🙂

Until next time, Dolls!